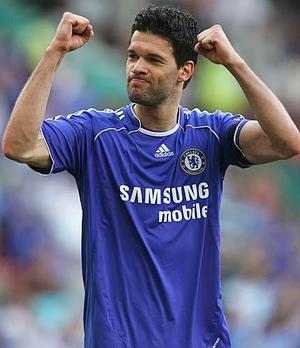 Michael Ballack was born on the 26th of September 1976 in Görlitz, Germany and is a German football midfielder who plays for Chelsea of the English Premier League and is the captain of the German national team.

Ballack is among the top goal scorers in the history of his international team. Ballack has worn the number 13 shirt for every team he has played for except for 1. FC Kaiserslautern.

Ballack agreed to join Chelsea on a free transfer on 15 May 2006. During his last season as a Bayern player there were rumours of interest from Manchester United, Real Madrid, Internazionale and A.C. Milan, but Ballack instead chose to go to Stamford Bridge. Shortly after arriving at Chelsea, Ballack stated that he hoped to end his career for Chelsea