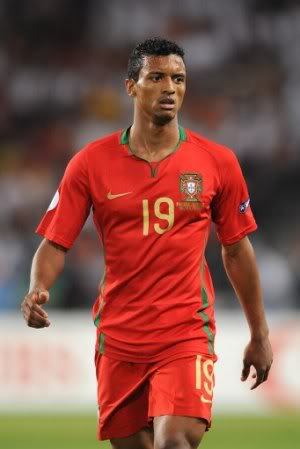 Luís Carlos Almeida da Cunha was born on the 17th of November 1986, and is commonly known as Nani. He is a Portuguese international football winger who plays for English club Manchester United and the Portuguese national team.

Born in Praia, Cape Verde, Nani emigrated with his family to Portugal at an early age. He was raised by his aunt Antonia in the Amadora district of Lisbon, where he and childhood friend, midfielder Manuel Fernandes, would often kick a ball about together.

Nani was sold to Manchester United for an undisclosed fee, thought to be around £14–17 million, five percent of which was paid to Real de Massamá. He passed his medical on 6 June 2007, and signed a five-year contract.

Nani celebrates with a “mortal” or, in English, a “Leap of death”, similar to that of Obafemi Martins and Lomana LuaLua. The celebration derives from Nani’s background in capoeira, which he used to practice as a child. For a while, it was widely reported that United boss, Alex Ferguson, had banned Nani’s celebration, fearing for his safety, although this was never supported by any direct quotes from Ferguson or Nani. Despite the supposed ban, Nani has continued to celebrate in this manner. 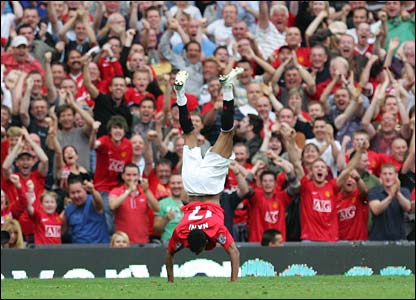