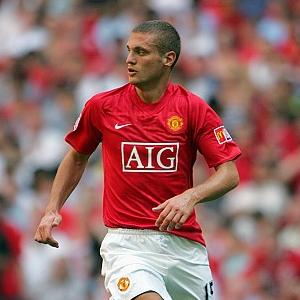 Nemanja Vidic was born on the 21st of October 1981 in Titovo Užice and is a Serbian international footballer who currently plays for the English Premier League club Manchester United and for the Serbian national team.

On 17 July 2006, Vidic married Ana Ivanovic, an economics student at the University of Belgrade (no relation to the Serbian tennis star of the same name). Together, they have a son named Luka.

On 27 May 2009, Ana gave birth to their second son, Stefan, while Vidic was in Rome playing for Manchester United in the 2009 UEFA Champions League Final against Barcelona.