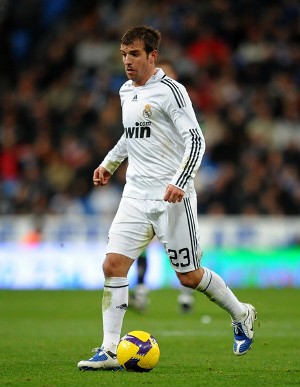 Rafael Ferdinand van der Vaart was born on 11 February 1983 in Heemskerk, Holland and is a Dutch international footballer who currently plays for Spanish La Liga club Real Madrid and the Dutch national team. He is an attacking midfielder but usually functions as a playmaker. Despite not being a striker, van der Vaart does have a knack for scoring vital goals, scoring 29 goals in 74 games for former club Hamburger SV. At age 26, he has already acquired nearly 70 caps for the national team, a feat not too often seen in international football.

Rafael van der Vaart was born to a Spanish mother named Lolita, from Chiclana de la Frontera, Cádiz and a Dutch father named Ramon. Before joining AFC Ajax, he played for a local club called De Kennemers based in Beverwijk. He grew up on a caravan park living a “gypsy life” and often imagined he was Romário while playing football with his father. It was there that he learned how to play football and, at the age of 10, he joined the AFC Ajax academy.