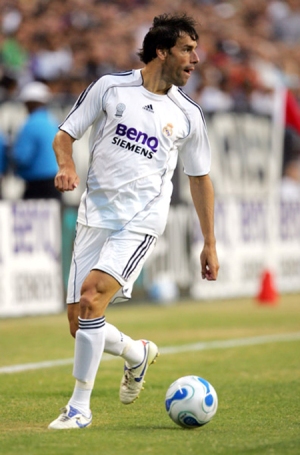 Rutgerus Johannes Martinus “Ruud” van Nistelrooij, commonly spelled as van Nistelrooy was born on the 1st of July 1976 and is a Dutch international footballer who plays as a striker for Spanish La Liga club Real Madrid.

Van Nistelrooy married his girlfriend, Leontien Slaats, in July 2004. The couple had their first child, a girl named Moa Annette, in September 2006, and a son named Liam in March 2008.