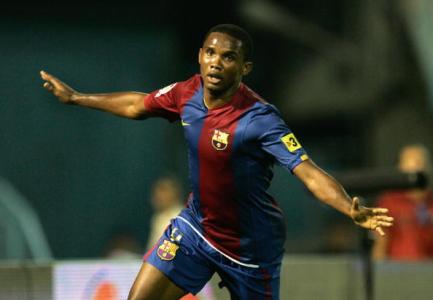 Samuel Eto’o Fils is a Cameroonian footballer who plays as a striker for Spanish La Liga club FC Barcelona. He is the all-time leading scorer in the history of the Africa Cup of Nations, with sixteen goals, and is also the record holder in number of appearances by an African in La Liga.

He is currently the 4th highest goalscorer in Barcelona’s history and the only member of the current squad to be in the top 10.