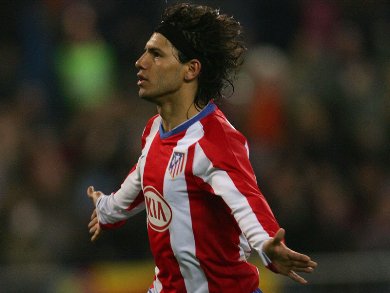 Sergio Leonel Agüero del Castillo is an Argentine football player. He plays as a striker for Atlético Madrid in the Spanish First Division.

His nickname, Kun, was born when some classmates noted that his hairdo looked like that of Japanese anime character “Kum Kum.

Aguero is one of the most sought after strikers in the world and it won’t be long before he signs for a bigger club.