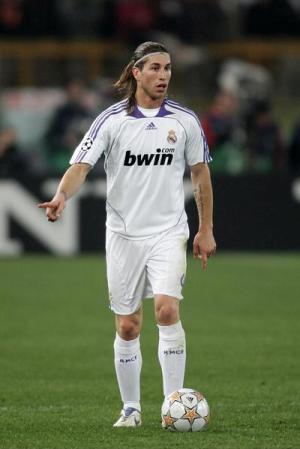 Sergio Ramos García was born on 30th of March 1986 in Camas, Seville, Andalusia and is a Spanish international footballer who currently plays for Real Madrid and for the Spanish national team.

Ramos is naturally plays as a right back, but he can also play as a central defender. He is known for his runs on the right flank, crosses and vigorous defending, also contributing with a fair share of goals from his position. He is currently sponsored by Nike.

Ramos is the youngest of three kids to mother Paqui and father José. His siblings being his brother, René, who is also his agent, and older sister Mirian. He has 10 tattoos, which have a deep meaning to him. On his left inner arm he has tattooed the initials of his parents and the number seven, his lucky number. Ramos also likes bullfighting.