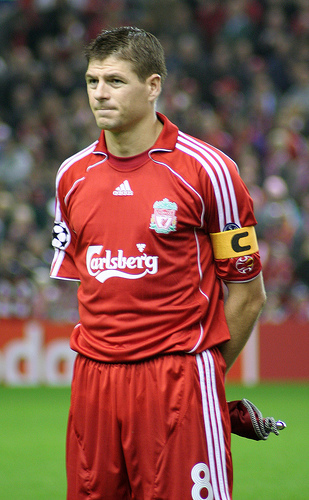 Steven George Gerrard, is an English footballer who plays for English Premier League club Liverpool FC and the England national team. He is usually employed in the central midfield role, although he has also played as a right-sided midfielder and a second striker.