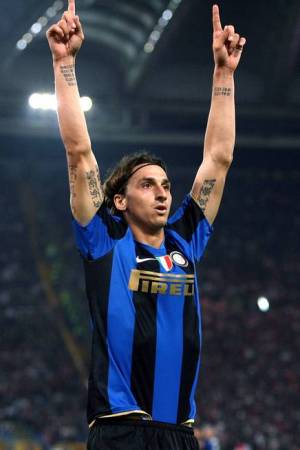 Zlatan Ibrahimovic was born on 3rd of October 1981 in Rosengård, Malmö and is a Swedish football striker of Bosnian and Croatian descent who plays for Italian Serie A club Internazionale and the Swedish national team.

As of February 2009, Ibrahimovic, along with Kaká, are the highest salaried football players in the world. Ibrahimovic won the Capocannonieri on 31 May 2009 with 25 domestic goals during the season.