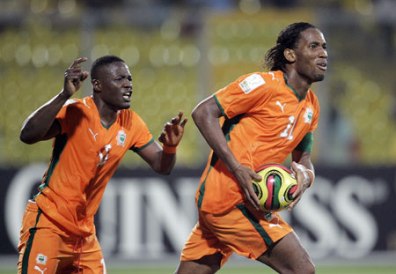 However Pompey’s attempt at a double swoop was foiled when their ambitious bid for Roma’s former Arsenal star Baptista was rejected.

Dindane, Didier Drogba’s international strike partner, passed a medical at Fratton Park after agreeing a three-year deal and the 28-year-old should be unveiled to fans before tonight’s Carling Cup game with Hereford.

Peter Crouch and Glen Johnson became the latest Pompey stars flogged this summer to raise cash but the Dindane fee will still be paid to French side Lens in instalments, with the Premier League underwriting the money as a loan against future television earnings.

So far this season, Hart has only been able to bring in free transfers Steve Finnan, Antii Niemi and Aaron Mokoena this summer as the club’s takeover saga has dragged on.