Reports are out claiming that Porto are nervous about interest from Arsenal in striker Jackson Martinez. 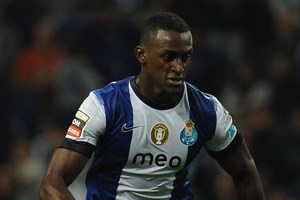 The Daily Mail claims that the Portuguese giants have moved to keep Portuguese football’s most prolific striker from Arsenal’s clutches by offering him a massive pay hike to sign a new long-term contract.

The Colombian international’s lethal finishing is seen as the answer to Arsenal’s most pressing need, while Chelsea considered him as an alternative to Wayne Rooney during their summer search for a striker and Liverpool have also been linked.

However Porto have responded to the growing threat of losing him to the Barclays Premier League by starting negotiations over a new improved deal.

The 27-year old Colombia marksman is out of contract in 2016 but will be offered a near-100 per cent pay rise to around £45,000 a week to remain with the Portuguese champions and extend his stay to 2018.