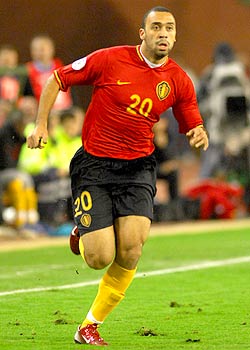 Portsmouth manager Paul Hart has added depth to his squad by completing the loan signing of Belgium international Anthony Vanden Borre from Genoa.

And it is believed that Portsmouth have an exclusive option to make the one-year loan a permanent transfer if the 21-year-old, who can play in either defence or midfield, impresses at Fratton Park.

It was also reported that the former Anderlecht and Fiorentina man could go straight into Pompey’s squad for Saturday’s Premier League opener against Fulham, providing the club receive the international clearance for the player.

Hart was delighted to be bringing in a player who will offer Pompey some much needed versatility. Hart told reporters that Vanden Borre is young and is a Belgian international and that the player is at the stage where he’s threatened to do so much for such a long time that now he’s got to come up with the goods and Portsmouth are looking forward to being part of it. Hart revealed that the player played right-back last night for his country and can play right side of midfield as well.

Hart also said that the player’s versatility is one of the biggest things that attracted Portsmouth’s interest in the player.

Hart has also revealed that Kanu is close to committing his future to the club by signing a one-year deal.


Real Madrid Back In Ribery Hunt