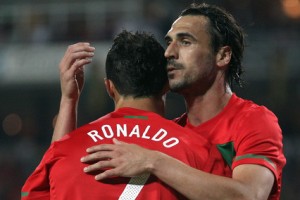 Portugal shrugged off the loss of winger Nani to brush aside Mozambique in their final World Cup warm-up match.

All the goals came in the second half as Danny opened the scoring before Hugo Almeida added a late brace.

The match was played only hours after Portugal confirmed that Nani has been ruled out of the tournament with a shoulder injury, with his replacement Ruben Amorim not yet having joined up with the squad.

However, Portugal did not appear to miss either player as they racked up a total of 24 shots at goal, albeit with only nine on target.