The mouth watering clash between London rivals Arsenal and Tottenham Hotspur is back. This historic clash is also known as the North London Derby.

Arsenal are currently second in the English Premier League table with 26 points and a win against Tottenham can push them to the top overtaking current league leaders and champions Chelsea.

Tottenham on the other hand have 19 points and is currently seventh in the league table. All three points against Arsenal can see them move to fourth.

As of October 1, 2009 there have been 163 competitive first-class meetings between the two teams since the first league meeting in 1909. 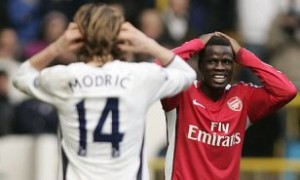 Arsenal have won 67 and Tottenham 50 and there has been 46 draws between the sides. It looks like history favours Arsenal to win this one.

Tottenham, who is now managed by Harry Redknapp has won the last Premier League north London derby after going 20 games and the whole of the 2000s without a victory over Arsenal.

Spurs have won none of the last 17 north London derbies away at Arsenal since they beat a “reserve” Gunners team at Highbury a few days before the 1993 FA Cup final.

The most goals in one game were scored in the closely contested 5-4 Arsenal Premiership victory at White Hart Lane on November 13, 2004. 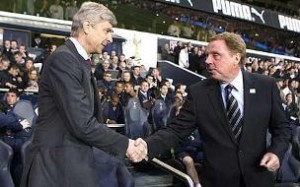 Arsenal, managed by French tactician Arsene Wenger have already beaten Tottenham this season with a 4-1 victory at White Hart Lane in the Carling Cup.

Arsenal has so far scored a total of 260 goals against Tottenham in all competition while Tottenham has scored 223.

Arsenal on the other hand only have Thomas Vermaelen and E Frimpong as confirmed absentees while holding midfielder V Diaby (Ankle) has been declared as a 50-50 for the North London derby. 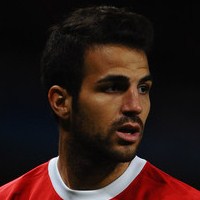 Fabregas is the 23 year old captain of Arsenal. Fabregas has so far played a total of 196 games for Arsenal and scored a total of 34 goals along the way.

The Spanish international established himself as Arsenal’s starting central midfielder and playmaker in the 2004–05 season. He went on to break several of the club’s records, earning a reputation as one of the best young players for his position.

Fabregas functions mostly as a playmaker and his main asset is his passing range. The midfielder also brings vision, creativity, and an innate understanding of timing and space to Arsenal’s intricate passing game, displaying maturity that belies his age.

Cesc Fabgeras will definitely be a player to watch as he operated from the midfield and will be looking to thread killer passes to his strikers. 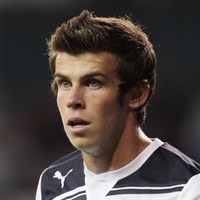 Gareth Bale is the 21 year old left wingback who can also play as a left winger for Tottenham Hotspur. He joined Tottenham in 2007 and has so far played a total of 60 games scoring a total of 9 goals along the way.

Bale who plays for the Welsh national team is known for his ability to run with the ball at high speeds and beat his fullback, but also doing this for long periods in the game.

Bale is also known to be able to whip crosses into dangerous areas for his forward teammates and his never ending stamina in big game matches.

The Arsenal defender will definitely have to double up on Bale as his skills and speed can ‘murder’ even the best fullbacks in the world. Just ask Maicon.

So, who do you think will win this North London derby between Arsenal and Tottenham?

Arsenal may have the advantage as the match is set to be played at their home ground, the Emirates Stadium. With a maximum capacity of 60,355 the atmosphere is set to be electric and the Gunners fans will definitely be up for it.

Arsenal also have another advantage on the injury front. Tottenham have a huge injury list whereas Arsenal have almost everyone from the squad to choose from.

Tottenham however are well known for their ‘never die’ attitude and their battling characteristics. Just ask Inter Milan. Tottenham also have more experienced defenders compared to a younger Arsenal back-line.

Adam Johnson : I Am Happy At Manchester City!