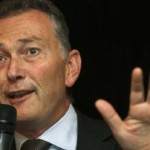 The Premier League will introduce a squad cap of 25 players and a quota on home-grown players from next season, chief executive Richard Scudamore has confirmed.

The 20 clubs met last Thursday to agree the introduction of a home-grown player rule, which will take effect at the start of next term, and the immediate implementation of financial reporting rules.

“As of next season clubs will be required to have a squad named of up to 25 players, of which no more than 17 can be over the age of 21 and not home grown,” said Scudamore.