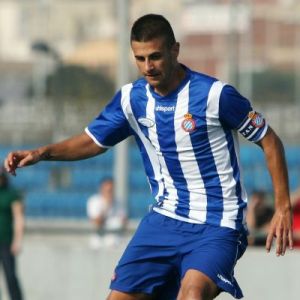 Reports have surfaced that Premier League clubs Tottenham and Wigan Athletic are competing with each other for Espanyol playmaker Javi Marquez.

According to Sport, one of the two Premier League clubs have officially submitted a £4.2million bid.

The diminutive 24-year-old has been one of the main reasons why Espanyol have risen to sixth in the La Liga table this season.

It is strongly suggested that Marquez would suit the free flowing football encouraged by Harry Redknapp at Tottenham.

However Wigan Athletic’s Roberto Martínez is hopeful that his Spanish contacts will help him land the Espanyol starlet.


Adam Johnson : I Am Happy At Manchester City!