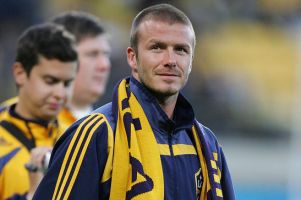 Interesting transfer news are out and it has been reported that Premier League clubs are ready to bring LA Galaxy star David Beckham back to England in January.

Local British newspapres have reported that a group of Premier League clubs have been put on alert by a possible hitch in Beckham’s AC Milan loan deal.

However it is said that none of the Big Four teams are in the running to sign Beckham but it is believed that Spurs boss Harry Redknapp might be tempted.

Monaco Keen To Secure The Services Of David Beckham