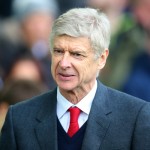 Are Arsenal still in the title hunt?

This season is following the usual Arsenal pattern: start promisingly, fall away in ‘crisis’, and then recover strongly to still take something out of the campaign. This year could still end the same way – with yet another top four finish at least – but the Gunners need Leicester and Spurs to start slipping up if they are to be in with a chance in the title race.

At least Arsenal themselves seem to have got their house in order. Mohamed Elneny has been an excellent find in midfield alongside Francis Coquelin, and Alex Iwobi gives them energy to go along with his creativity in the advanced midfield position. It’s better from Arsenal, but is it too late?