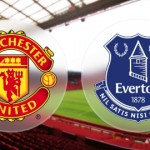 Captain Wayne Rooney will miss out because of suspension. Defender Tyler Blackett is back from his ban, but manager Louis van Gaal has said 19-year-old Paddy McNair will keep his place in the starting XI following his impressive debut against West Ham. Jonny Evans (ankle), Chris Smalling (thigh), Phil Jones (hamstring), Ashley Young (groin), Michael Carrick (ankle), Jesse Lingard (knee), Ander Herrera (rib) and James Wilson (leg) are out, but there is a slim chance Marouane Fellaini could be on the bench after he recovered from an ankle problem.

Midfielder Steven Pienaar is on the verge of a return to the squad. Late fitness checks will be done on defender Seamus Coleman and James McCarthy, who both missed the Europa League match in Krasnodar. Forward Kevin Mirallas is out with a hamstring injury, while midfielder Ross Barkley will behind training with the first team next week after a knee injury. 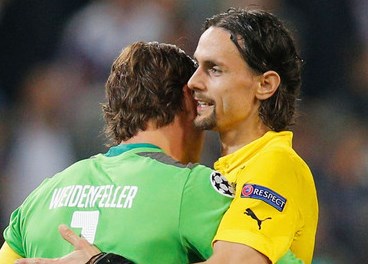 Owen : Javier Hernandez Will Soon Be A Regular

David Moyes Delighted With The Performance Of Wayne Rooney