It has been reported that PSG attacker Ezequiel Lavezzi is attracted to a move to Chelsea. 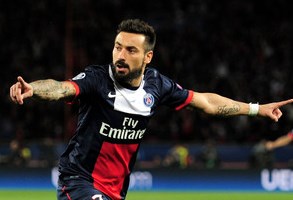 The Mirror claims that the Argentine international has put Chelsea on high alert last night after telling friends he wants to move to Stamford Bridge in the summer.

The former Napoli star is valued at £25 million.

The Argentine’s agents were in London last month to sound out interested Premier League clubs – including Chelsea.