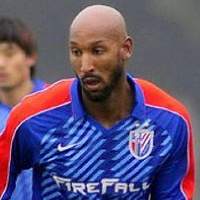 Reports have emerged that QPR are working on bringing Nicolas Anelka back to London.

The Mirror reported that Harry Redknapp has made an enquiry into the availability of much-travelled France striker Anelka.

The 33-year-old, whose list of previous clubs includes Arsenal, Manchester City, Liverpool, Chelsea and Real Madrid, only moved to Shanghai Shenhua from Stamford Bridge last January but could be ready to quit China.

Newly-appointed QPR boss Redknapp is desperate to strengthen his strike-force for the six-month relegation battle facing the Premier League’s winless bottom club and has drawn up a list which includes Anelka.

The Frenchman is now player/assistant boss at Shenhua but QPR believe he may be ready to move back to Europe.


Real Madrid Not Interested In Selling Jose Rodriguez To Arsenal