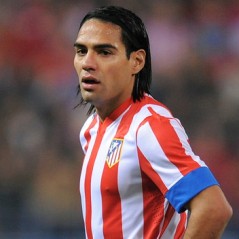 Sensational news are out claiming that Atletico Madrid striker Radamel Falcao has agreed to join Chelsea.

Punto Pelota revealed that those close to the high end of the international transfer market insist Falcao will move to Chelsea next month.

The prolific Colombian was also interesting Real Madrid, but appears to have decided to join the European champs.

Only last night, Atletico legend Paulo Futre warned Falcao against joining Real as the controversial switch would be a ” nightmare” for his family living in Madrid.