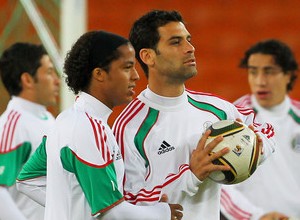 The Mexican-based sports programme suggests that the Mexico national team captain has a 75% chance of signing with the Red Bulls to join former Barcelona teammate Thierry Henry at Red Bull Arena.

It is believed that the versatile player has been targeted as a third Designated Player by the New Yorkers who see him playing a further advanced role on the pitch to his usual spot in central defence.

The 31-year old still has two years to run on his Nou Camp contract but it has not stopped reports linking him with a $US9million move to the States.

Neymar : Messi Is The Best Player In The World!