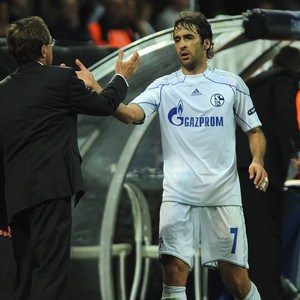 Raul has expressed his delight with the way Schalke performed on the night.

The veteran striker said : “We played a fantastic game, just the perfect performance,”.

“It’s not often you see five goals scored away from home in Europe, especially on the turf of the reigning champions, but there are another 90 minutes to go.

“The difference was above all in the second half, when we were superior and brought home the win. We’ll have to be very careful in the second leg, as eliminating Inter will not be easy.”