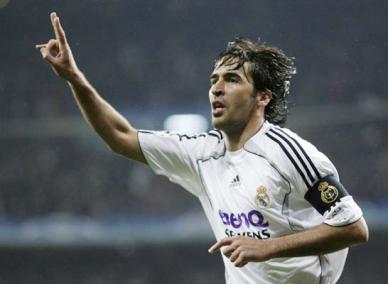 Real Madrid coach Manuel Pellegrini has warned club captain Raul that he could be dropped for the start of his team’s La Liga campaign.

The Chilean, speaking in an interview with a local newspaper, said nobody at the Bernabeu was guaranteed a place in the starting line-up, including captain Raul.

Pellegrini said that Raul is just like everyone else and that he could be left out of the team many times but he will understand it.

Pellegrini went on to discuss how he plans to employ new signings Cristiano Ronaldo, who joined in the summer for £80 million from Manchester United, and Brazilian midfielder Kaka.

The manager also said that as for Brazilian Kaka, he is a superstar and someone who can change the tempo of the game as well as the team.