Reports are out claiming that the race is on for Polish whizkid Karol Linetty. 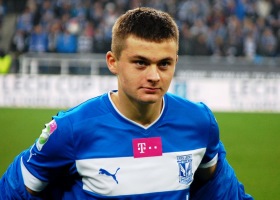 It is said that Manchester United, Tottenham and Real Madrid are all chasing Lech Poznan’s £4m-rated playmaker.

The Daily Star claims that Real Madrid are trying to steal a march on their rivals for his signature by opening talks over a summer switch for the 19 year-old.

It is said that the Spanish giants want to sign Linetty before loaning him back to Poznan to continue gaining experience.

Madrid’s move is expected to spark United and Spurs into action after both had him watched this term.