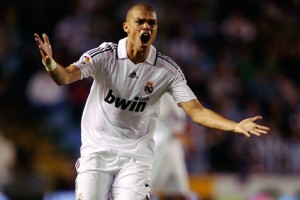 Spanish giants Real Madrid has been reported to have made an approach to Pepe’s minders about new contract talks.

The Portugal international’s current deal expires in 2012 and he has firmly established himself as Real Madrid’s prime defender.