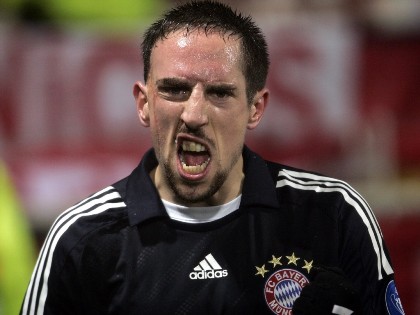 Sensational transfer news are out and it has been reported that Spanish giants Real Madrid are preparing an audacious 60 million euro bid to lure French international Franck Ribery away from Bayern Munich before the transfer window closes at midnight.

Real Madrid, who on Friday sold Dutch striker Arjen Robben to Bayern, are ready to make “a last attempt” to buy the highly coveted 26-year-old winger.

It was also reported that the Spanish club’s president Florentino Perez has held talks about the French star’s transfer with his Bayern counterpart, Karl-Heinz Rummenigge on Friday.

It is a wide known fact that Real Madrid have been chasing Ribery for weeks but up to now have met with stiff resistance from Bayern who insist Ribery is staying put in Munich.