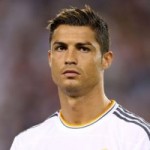 Sensational news are out claiming that Real Madrid are ready to sell Cristiano Ronaldo to Manchester United this month after he turned down new contract talks.

The Daily Star claims that the Premier League champions and Real Madrid have spent the past 12 days negotiating an £80m package – and United are said to be increasingly confident of getting their man.

Real president Florentino Perez then sought assurances Ronaldo would commit to the new deal – and was stunned to learn he was keen on returning to Manchester instead.

That forced them to open up to United’s advances, knowing they would only get a fraction of the fee for one of the world’s best players if he stayed another season.

It also explains why they are prepared to break the world record to ensure they clinch the signing of Tottenham star Gareth Bale in an effort to appease fans worried by Ronaldo’s departure.