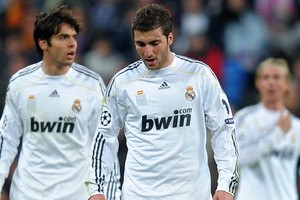 The Argentina international has seen new contract talks suspended until the end of the season, while GM Jorge Valdano insists they want him to stay.

However, it has been reported that Real Madrid will not meet Higuain’s demands of parity with Karim Benzema’s €8.5 million-a-year wages.

It has also been reported that cash rich Premier League club Manchester City are ready to pounce for the prolific striker.