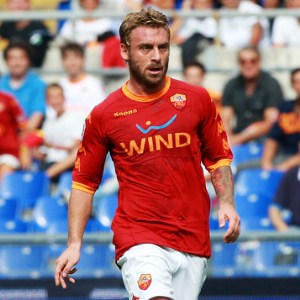 According to AS, Real Madrid president Florentino Perez is aware of Roma’s financial worries and is ready to pounce for for the Italian international should they show a willingness to sell.

Real midfield pair Lassana Diarra and Fernando Gago are expected to move on in January, so leaving an opening for De Rossi to fill.

The 27 year-old defensive midfielder has been a personal target for Perez since his previous reign in charge.

It is believed Real Madrid are preparing to launch a bid of €40 million when the transfer window re-opens in January.