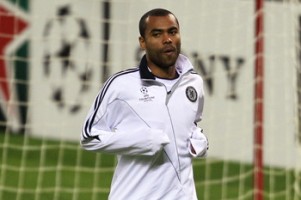 Interesting news are out and it has been reported that Real Madrid are chasing Chelsea left-back Ashley Cole.

It has been revealed that the Spanish club are looking for a world-class recruit to replace the disappointing Alvaro Arbeloa this summer and believe Cole’s personal problems could tempt him to quit the Barclays Premier League.

Chelsea’s high demands are a barrier to the deal – with the Blues thought to be seeking at least £25million for the 29-year-old – but the Bernabeu giants will persist in their pursuit if given encouragement by the player’s camp.

They could even tempt him with a 50 per cent increase on his current £100,000 a week Stamford Bridge deal, which still has another three full seasons to run.