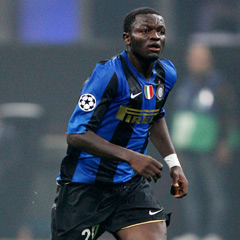 Tottenham manager Harry Redknapp has revealed that he is interested in signing his former Pompey star Sulley Muntari from Inter Milan and he is willing to use Jermaine Jenas as bait.

It is believed that Redknapp intends to offer the Italians £5m plus England international midfielder Jenas.

Redknapp strongly believes that Muntari is the man who could turn his table-toppers into genuine top-four challengers.

Redknapp signed Ghana international midfielder Muntari for Portsmouth from Serie A no-hopers Udinese for £7.1m in May 2007. Muntari, 25, helped Pompey lift the FA Cup a year later before joining Inter in a £12m switch the following season.

Redknapp admitted at the time that he didn’t want to sell Muntari as he was one of Redknapp’s best young players.

However it is believed that Inter Milan manager Jose Mourinho will not want to lose Muntari, but the Special One is believed to be keen to land Jenas, having failed to sign him in January.

But Redknapp is said to be so keen to land Muntari he may make an offer that does not include Jenas going the other way. 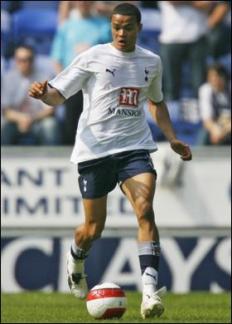