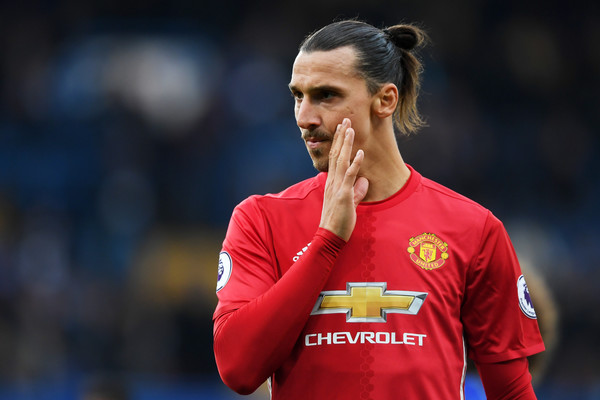 After suffering a knee ligament injury in April, world-class striker Zlatan Ibrahimovic wasn’t expected to be fit to play again until late December, or even early 2018, but the 36-year-old defied the odds to return to the pitch on 18th November.

Known for his unique character and massive ego, when asked if he ever had doubts about playing again, Ibrahimovic simply responded “No, because lions, they don’t recover like humans,” per The Independent. On his return to the Manchester United team, Ibrahimovic played 13 minutes, pulling off an acrobatic shot to mark his first appearance of the season.

With Ibrahimovic and Paul Pogba coming back into the fold in the same 4-1 drubbing of Newcastle United, the Red Devils can look to push on and try to catch local rivals Manchester City.

The importance of Zlatan Ibrahimovic 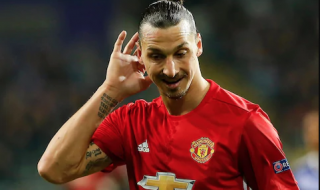 The mighty Swede performed well as the team’s solo striker, scoring 28 times through 46 games in all competitions – missing the back end of the season due to the knee ligament injury. Scoring in 21 games shows how often Ibrahimovic came up with the goods for his new team as opposed to just scoring in flashes.

It should also be noted that Manchester United’s record when the Swede scored was an impressive 16 wins, four draws, and only one loss. His consistency was key for a team that was adjusting to big new faces, such as Ibrahimovic and Paul Pogba, and helped the Red Devils to win three trophies.

Despite both players being ridiculed throughout the campaign, Zlatan Ibrahimovic found more of his scoring coming from chances created by Wayne Rooney and Paul Pogba than from anyone else. Both provided five assists to the big man, which was tied with the five goals that he scored unassisted, according to Transfermarkt.

Last season showed the growing pains that United endured, with Ibrahimovic still able to come up big despite the somewhat dysfunctional play of many of his teammates. This is why it was integral for Manchester United to endure the difficult and costly transfer process, as shown by Betway’s recent conversation with super-agent Jon Smith, to re-sign their top scorer of last season.

Along with his huge character, his big-time performances on the pitch are irreplaceable, and he will prove to be worth every penny as the season continues. Ibrahimovic could have signed for any number of big clubs, including the upstart AC Milan, but he has unfinished business in the Premier League.

Can they push on and catch Manchester City? 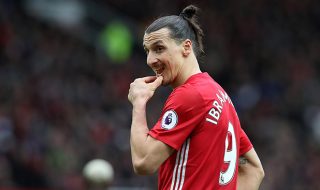 After 12 games of the 38 game season, Manchester City reign supreme. The blue half of Manchester had 11 wins and one draw for 34 points after an emphatic start to the season. Their closest competitors, Manchester United, sat eight points behind with 26 points from eight wins, two draws, and two losses.

Before the return of Ibrahimovic and Pogba in the Newcastle game, United had been accused of playing boring football, with top scorer Romelu Lukaku enduring a seven-game goalless streak in all competitions for United. The big Belgian snapped the streak against Newcastle with a powerful strike to beat Rob Elliot.
With Romelu Lukaku standing as United’s obvious first choice striker, and Jose Mourinho rarely deferring from a formation that hosts just one striker, many question how Ibrahimovic will fit in or even make an impact.

Ibrahimovic didn’t re-sign with the Old Trafford residents until well after Lukaku transferred from Everton so he knew exactly what he’d be in for. Overall, Ibrahimovic’s character and leadership qualities on and off of the pitch will prove to be huge contributors to the team throughout the season and, hopefully, Mourinho can find a way to have both of his big strikers on the field at the same time. Despite, or perhaps because of his massive ego, the squad loves Ibrahimovic, and he is a team player, so would most likely be willing to play behind Lukaku should the opportunity occur.

Ex-Manchester United super striker Andy Cole thinks that the Swede’s presence will bolster Lukaku and push him to play better, as per ManUtd.com. 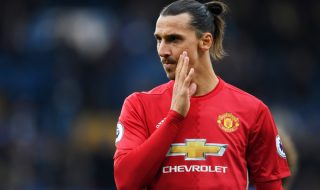 As massive as it is for the team to have Ibrahimovic back, the biggest win for United was getting Paul Pogba back. Without the talented Frenchman, there wasn’t an attacking spark in midfield, which allowed defences to simply shutdown Lukaku without fear of an assault from the middle of the park.

Pogba helps to keep defences honest and, on his return, there was much more creativity on the ball, more freedom for the forwards, and the 24-year-old even notched a goal and an assist. Pogba will continue to be the difference maker, so much so that he may even lure Antoine Griezmann to join the club.

The major problem is that it’s already Manchester City’s title to lose. Having not suffered a defeat yet and scoring for the fun of it, the Citizens have been tearing through the Premier League. United can score all they want with Ibrahimovic back, but they’ll simply have to wait for their rivals to slip up – which they will eventually – and then capitalise on it. Their much-anticipated matchup on 10th December will be a huge six-pointer and will be particularly telling of each team’s title credentials.