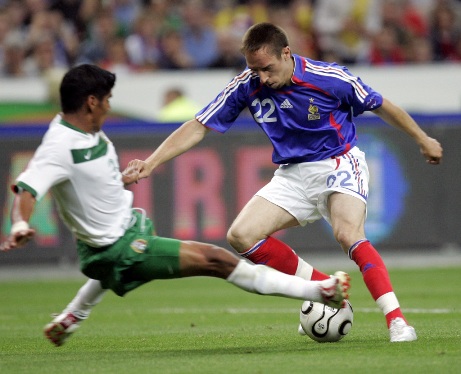 Bayern Munich and France international midfielder Franck Ribery has slammed the door firmly shut on a possible departure from the Bundesliga club.

Ribery has been one of the hottest properties this summer with big-spending Real Madrid one of the clubs doing their utmost to prise the France international away from Bayern.

Speculation was rife that Ribery wanted to leave, preferably for Madrid, and Bayern president Franz Beckenbauer publicly questioned his loyalty. However, the 26-year-old winger insists that he never wanted to move to the Bernabeu.

Ribery also said that what bothers him is that he never spoke anything about a move away and that the newspapers invent a lot of things.

Ribery also said that he can’t prevent clubs from making offers and moreover, there wasn’t just Real and that there were also Barcelona, Manchester United and Chelsea chasing after his signature.

Ribery went on to say that he can tell these clubs is that today he is still at Bayern and that the doors are truly closed for any move away. He also said that his bosses really wants him to stay with Bayern.

Ribery is under contract at the Allianz Arena until 2011.