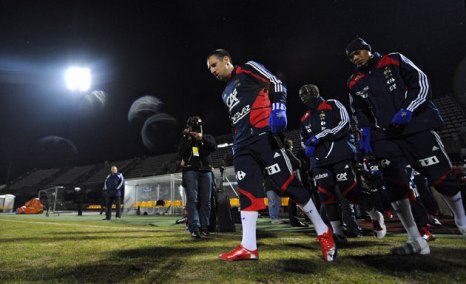 Bayern Munich chairman Karl-Heinz Rummenigge insisted once again on Wednesday that there is no deal with Spanish giants Real Madrid to sign French midfielder Franck Ribery for next season.

Throughout the summer, 26-year-old Ribery has been heavily linked with a multi-million euros switch to Real Madrid and, as the transfer window closed on Monday, Rummenigge says no agreement is in place for Ribery to join Real Madrid in the future.

Rummenigge told a local German newspaper that Bayern does not have an agreement to sell Franck for next season to Real Madrid and that it is a fact.

Relations became strained between the two European super clubs during the summer while the Ribery saga rumbled on, but Rummenigge insists the signing of Arjen Robben from Real last week improved relations between the sides.

Rummenigge also said that Real Madrid were very helpful and supported Bayern a lot and that the relationship of both club is once again very relaxed and friendly.

On Tuesday, Ribery said he has yet to forge any kind of personal relationship with Bayern Munich coach Louis van Gaal, who took over in July.