Rio Ferdinand Out For Two Weeks With Thigh Injury 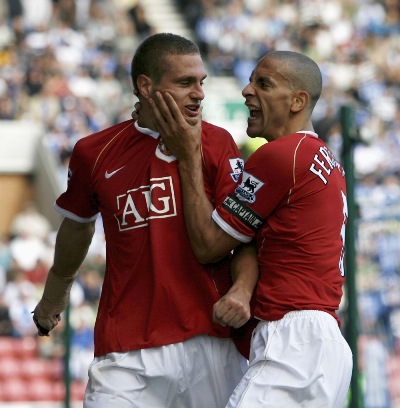 Sir Alex Ferguson has revealed that he estimates central defender Rio Ferdinand will be out of action for two weeks after missing Manchester United’s victory over Birmingham on Sunday afternoon.

Rio Ferdinand was forced to pull out with a thigh injury, with Ferguson claiming before the game that his £29.1million defender will be going for a scan on Monday morning.

However, the United boss has now put a timescale on the problem, which would make the 30-year-old a doubt for England’s World Cup qualifier against Croatia on September 9.

With Nemanja Vidic already sidelined and Jonny Evans limping out of Sunday afternoon’s 1-0 win over Birmingham, Ferguson is short of defensive cover ahead of Wednesday’s trip to another newly-promoted side, Burnley.