Rio Ferdinand To Face The Axe After Liverpool Blunder 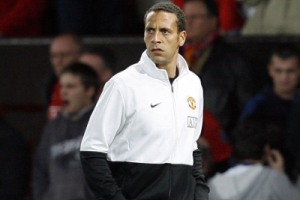 Manchester United central defender Rio Ferdinand is facing the axe from manager Alex Ferguson as fears grow at Old Trafford that the defender is past his best.

Ferdinand, now age 30, was caught out for Fernando Torres’ opener in Liverpool’s 2-0 win over Manchester United at Anfield on Sunday.

However it is not the first time the England centre-back has been found wanting this season.

It is now believed that the club management are concerned that Ferdinand has lost two yards of pace and that he might never recover his best form.

Voronin Unhappy With The Lack Of First Team Chances At Liverpool