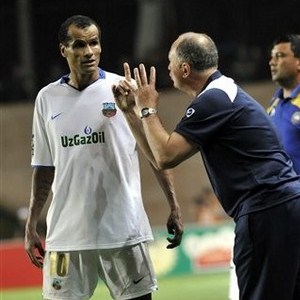 Sensational news are out and it has been reported that Bunyodkor striker Rivaldo is being linked with a move to Spanish club Mallorca.

According to Cadena Ser, the former Brazil star is in talks with Los Bermellones about a return to La Liga where he starred with Barcelona in between 1997 and 2002.

Reports indicate that Rivaldo, who joined Uzbekistani club Bunyodkor in 2008, wants €2million a year to join Mallorca but the club apparently cannot afford that sum and are hoping the 38-year old will join for less.


Abidal Wants To Play In Central Defence For FC Barcelona