Robbie Keane Scores On His Debut For LA Galaxy – Video 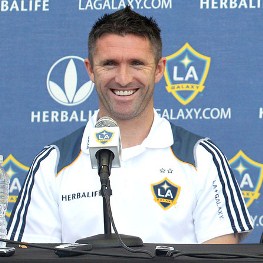 The former Tottenham Hotspur striker scored in the 20th minute in the first half to give the Galaxy a 1-0 lead.

Mike Magee then added a second in the 90th minute as the Galaxy beat San Jose Earthquakes 2-0 at the Home Depot Center.

Check out Robbie Keane’s debut goal for the LA Galaxy.