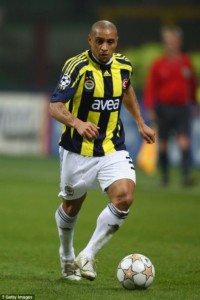 Former Brazil international defender Roberto Carlos has declared that he is leaving Turkish club Fenerbahce and would like to return to Spanish giants Real Madrid.

The Brazilian superstar told reporters that he is still with Fenerbahce and that it is his third season there. However he said that he has decided and that he will leave the club in December.

He added that he is 36 years old now and has two years left in football and therefore he would like to return to Brazil and play for a team there as he misses his home, family and country.

The former world cup winner also said that there is interest from some teams and that there could also be another possibility. He then said that he would be willing to play in Real Madrid for six months without pay.

Carlos said that it would be from January to June, and maybe he could stay longer after that.