Robinho Will Not Join FC Barcelona 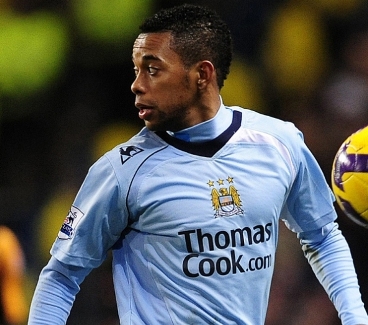 Barcelona coach Pep Guardiola has ruled out the possibility of Robinho joining the treble winners before the end of the transfer window, admitting his side are unlikely to make any more signings this summer.

Barcelona had been linked with a big-money swoop for the Brazilian international forward, who played for the Catalan giants’ arch rivals Real Madrid before moving to Manchester City on transfer deadline day 12 months ago for a British record £32.5million.

Guardiola told local Spanish newspapers that something extraordinary will have to happen if new players are to come in and also said that Robinho will not come as he was the star signing of Manchester City last year and that it would make no sense for City to let him go now.

Guardiola did admit, though, that he felt Barcelona’s squad was a little thin having only brought in Zlatan Ibrahimovic, Maxwell and Chygrynskiy this summer. The manager also said that he would have liked a midfielder, but nevertheless believes the youngsters coming through can fill any gaps.

Guardiola went on to say that the prices being asked for players now are exorbitant and that he has a lot of faith that the young players can help maintain the balance of the team.