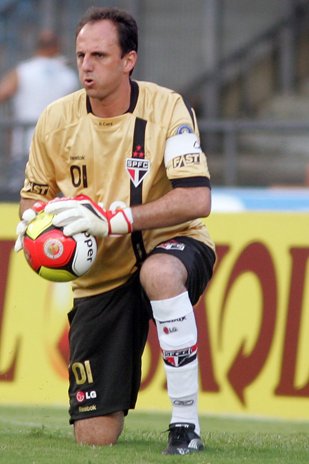 Good news for all Sao Paulo fans as captain Rogerio Ceni, the world’s highest-scoring goalkeeper, is set to make a return from a four-month injury layoff for his side’s Brazilian championship match against Fluminense.

Coach Ricardo Gomes told the club’s website that “Rogerio has had a good week’s training, he is getting better all the time and if all goes well his return is certain for the game,”.

The goalkeeper famous for his free kick and penalty and has scored 83 goals in 849 appearances for Sao Paulo broke his left ankle during training on April 14.

Ceni’s understudy Bosco was also injured recently so third-choice Denis has been standing in for the pair.

The 36-year-old helped Sao Paulo to the Brazilian title in each of the last three years and the South American and world club crowns in 2005.