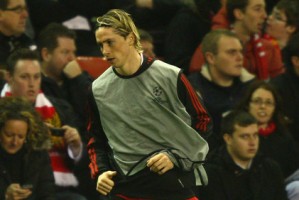 Interesting news are out and it has been reported that Chelsea owner Roman Abramovich will give Carlo Ancelotti £100 million to rebuild the Chelsea team and has made Liverpool striker Fernando Torres as top priority.

It is said that the Russian millionaire met his coach at the club’s Cobham training ground yesterday to discuss plans for buying new players.

This was their second face-to-face chat in 24 hours as it was reported that they also met after Tuesday night’s defeat by Inter Milan, when Ancelotti was told his job is safe.

It is now said that Ancelotti already has a list of star targets, which includes Torres, Sergio Aguero, Maicon, Bastian Schweinsteiger and a new goalkeeper.

There will also be a clear-out of ‘dead wood’ from the squad and a thorough review of the coaching staff and academy structure.