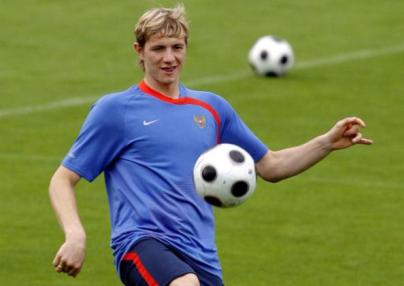 Russian international striker Roman Pavlyuchenko is set to feature in Tottenham’s Carling Cup clash at Doncaster but has suggested he may need to move to another club in order to keep his place in Russia’s World Cup squad.

The 27-year-old, who arrived at White Hart Lane a year ago for £13.8million, scored 14 goals in his rookie season in the Barclays Premier League but is behind Jermain Defoe and Robbie Keane in Harry Redknapp’s pecking order, with Peter Crouch’s arrival intensifying competition. So far this season Pavlyuchenko’s only involvement has come in a minute-long appearance off the bench against Liverpool.

Pavlyuchenko told reporters that no footballer likes being on the bench game after game and that he could lose his place in the Russia squad ahead of the 2010 World Cup. The striker also said that he is ready now to listen to offers from other clubs.

It is believed that Italian side Roma have monitored Pavlyuchenko’s progress and there is thought to be interest in Germany and from his former club Spartak Moscow.