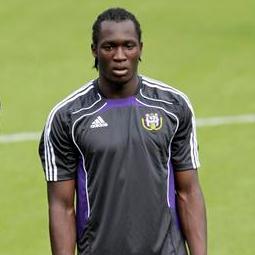 According to Anderlecht chief Herman van Holsbeeck, teenage sensation Romelu Lukaku is set to make a big money move to the Premier League in the summer.

Lukaku, now age 17, has been linked with a host of top clubs across Europe but Van Holsbeeck expects his young charge to head to England when he leaves Anderlecht.

“We know that Real Madrid are interested, but I think his future would rather be in England,” the Belgian club’s general manager told Sudpresse.

However, Van Holsbeeck warned that Belgian international Lukaku, who has scored 27 goals in 59 appearances for Anderlecht, will not be sold on the cheap.

“The Lukaku price in the market is €30 million (£26m),” Van Holsbeeck concluded.