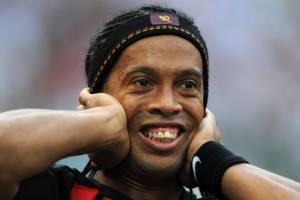 Local French newspapers have reported that the former World Player of the Year flew to France after Sunday’s 1-1 draw with Atalanta so he could watch a Samba concert.

It was reported that Ronaldinho got on stage and started playing percussion at L’Ermitage, a venue that charged just £6 a ticket for an event organised by Roda de Cavaco.

Last week reports claimed the Brazilian had been fined for partying just 48 hours before Milan’s Champions League fixture against Zurich, a match they lost much to their embarrassment.

A close source of Ronaldinho, was quoted saying that Ronaldinho is still deeply in love with football, but the player has to ask himself if he still has the desire to sacrifice himself for it.