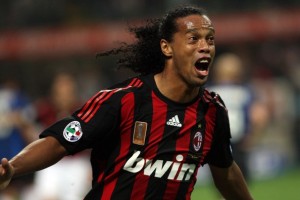 AC Milan’s Brazilian midfield maestro Ronaldinho has revealed that he is playing his best football in over two years.

Ronaldinho however credits his sudden form reversal to rookie coach Leonardo, who has managed to coax the best out of the former World Player of the Year.

Ronaldinho told reporters that he feels rejuvenated and said its because of manager Leonardo.

Ronaldinho also revealed that he has big plans for AC Milan this season, though does fear that the squad may not be strong enough to challenge at home and in Europe.

The midfielder explained that the Champions League is AC Milan’s strength but it can also change into limiting the team and that Milan must be wary of such commitments.