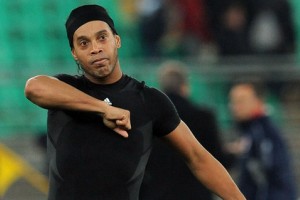 Ronaldinho was again omitted by Dunga for Brazil’s friendly against the Republic of Ireland.

Ronaldinho told reporters that his objective is to win everything that he has already won before.

He added that he knows how wonderful it feels to win and that he want to do it all over again.

The two time World Player of The Year also said that he is also thinking of the Brazil side and wants to be there, but knows that it is only through playing well with Milan that he can prove to the world that he deserve to be in the Seleçao.